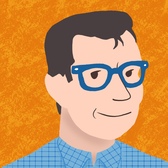 Hello! This is the fourth edition of this newsletter, and beginning each one with a hearty welcome (t